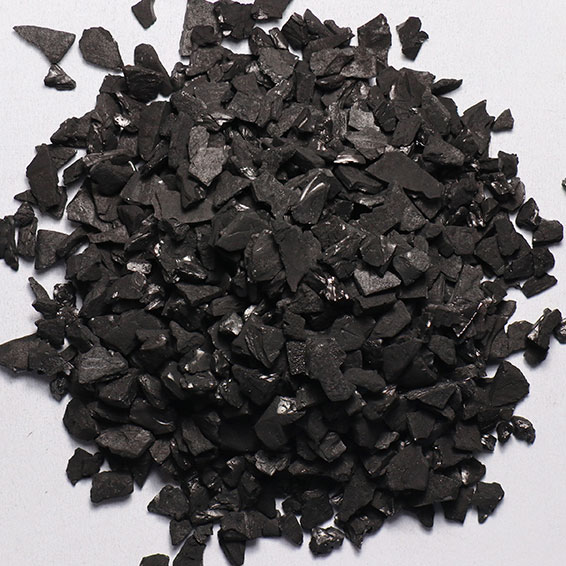 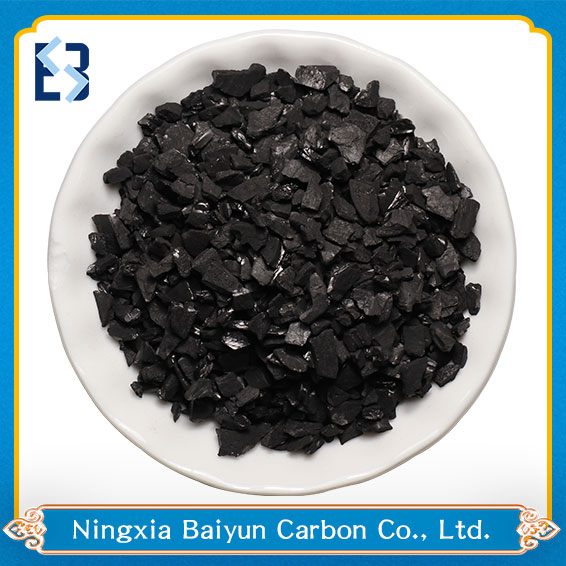 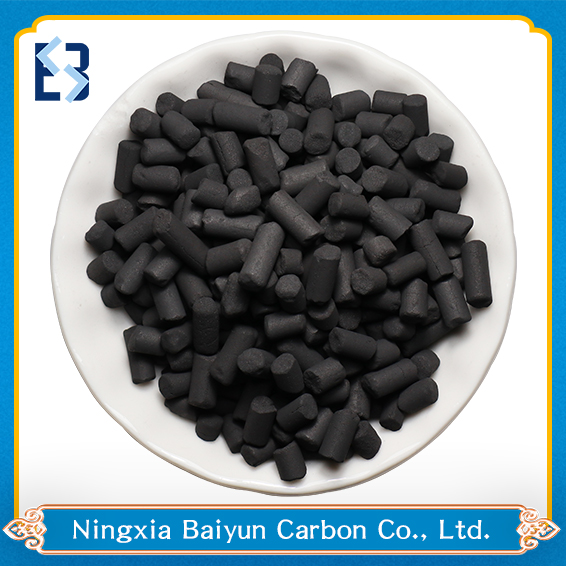 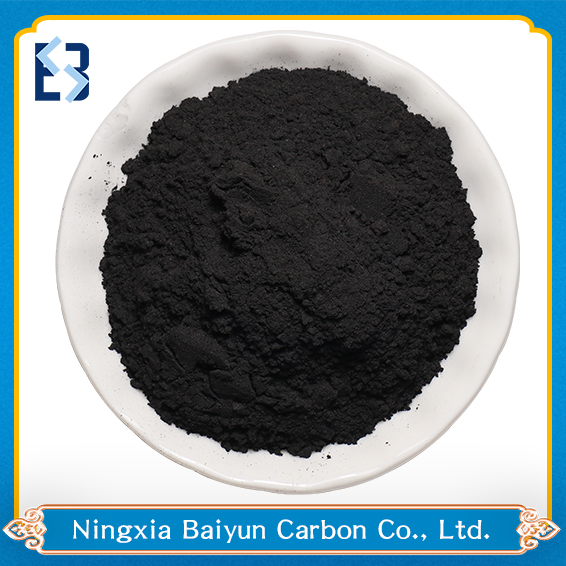 Coconut shell activated carbon is made of fine coconut shell through a series of production processes. The appearance of coconut shell activated carbon is black and granular. It has the advantages of well-developed pores, good adsorption performance, high strength, easy regeneration, economical durability, etc. However, due to issues such as the origin of coconut shell, the price is higher than that of conventional wooden activated carbon. The products are mainly used for the purification, decolorization, dechlorination, and deodorization of drinking water, purified water, wine making, beverages, and industrial sewage;It can also be used for
desulfurization and gold purification in the refining industry.

Coconut shell activated carbon is one kind of excellent activated carbon produced from coconut shell raw materials, which is the best charcoal materials in the world for activated carbon. It is a kind of broken carbon with irregular particles. It has high strength and can be regenerated many times after saturation. Its outstanding characteristics are high adsorption capacity and low resistance. This product is widely used It is widely used in the decolorization, deodorization, removal of organic matter and residual chlorine in water purifiers, drinking water, and industrial water in fixed or fluid beds.

Extract gold with coconut shell activated carbon, using high quality coconut shell for raw materials, and produced by char charity, high temperature activation, and pretreatment, refining. The product has a pore structure, large specific surface area, high wear strength, fast adsorption speed, large adsorption capacity, easy to desorption, can be repeatedly regenerated, etc., widely used in the carbon pulp method and the pilefilt method to extract the gold process. The gold extraction coconut cord activated carbon uses special processes, and the activated carbon particles are high intensity shaping, almost all of the wear parts such as needle-shaped, sharp, angular shape, and the like. The particle shape is full, uniform, greatly improved the wear strength of the product, no need to perform pre-ground after entering the factory, can be used directly after water is washed.

RJ type solvent special coconut shell activated carbon, it is a highly coconut shell raw material, a columnar molded activated carbon produced by special processes, a particle size of 6-8 mesh (φ3mm), or according to user requirements, it can be made into broken shape activated carbon. The primary characteristics of the coconut reactive carbon: the adsorption rate is fast, the amount of vapor is small, and the quality index is comparable to foreign products, mainly for the recovery of solvents such as gasoline, acetone, methanol, ethanol, toluene.

High-performance physics-specific activated carbon made of high temperature activation (converter) is used in pharmaceutical, sugar, and coking wastewater. The chromaticity can be processed from 130 times to 8 times, and the COD is processed within 50 ppm from 300 ppm, and each ton of processing cost is about 10 yuan, and the activated carbon is granular, and it can be regenerated after adsorption. Adsorption properties close to chemical carbon. (Also we have acid washed coconut activated carbon.)

Coconut shell activated carbon is a high-quality activated carbon produced from coconut shell raw materials. It is a kind of broken carbon with irregular particles. It has high strength and can be regenerated many times after saturation. Its high adsorption capacity and low resistance are its outstanding characteristics. This product is widely used. It is widely used in the decolorization deodorization removal of organic matter and residual chlorine in central water purifiers drinking water and industrial water in fixed or fluid beds.

Activated carbon for gold extraction is made of high-quality coconut shells from Southeast Asia as raw materials and refined and processed through carbonization high-temperature activation and pre-treatment. The product has outstanding characteristics such as developed pore structure large specific surface area high wear resistance fast adsorption speed large adsorption capacity easy desorption and repetitive use. It is widely used in the extraction of gold by the carbon slurry method and heap leaching method. The activated carbon for gold uses a special process to perform high-strength shaping of the activated carbon particles and almost all of the particles such as needle-shaped pointed angular and easy-to-wear parts are removed. The particle shape is full and uniform which greatly improves the abrasion resistance of the product. There is no need for pre-grinding after entering the factory and it can be used directly after washing with water.

RJ type solvent special activated carbon is a kind of columnar shaped activated carbon produced by a special process using high-quality coconut shell raw materials with a particle size of 6-8 mesh (φ3mm) and it can also be made into broken shape activated carbon according to user requirements. The main features of the activated carbon: fast adsorption speed less steam consumption for desorption and quality indicators comparable to foreign products. It is mainly used for the recovery of solvents such as gasoline acetone methanol ethanol and toluene.

Select high-quality raw materials high-performance physical activated carbon made by high-temperature activation (converter) used for de-colorization of citric acid sugar coking wastewater in the pharmaceutical industry. The chromaticity can be processed from 130 times to less than 8 times the COD is processed from 300PPM to less than 50PPM and the processing cost per ton is about 10 yuan. This kind of activated carbon is granular and can be regenerated after the adsorption is saturated. The adsorption performance is close to chemical powdered carbon.

This product uses high-quality coconut shells apricot shells walnut shells and other hard nutshells as raw materials refined by physical methods. The product is in the form of black indeterminate particles which has the advantages of the large specific surface area developed pore structure strong adsorption capacity fast decolorization speed and easy regeneration. 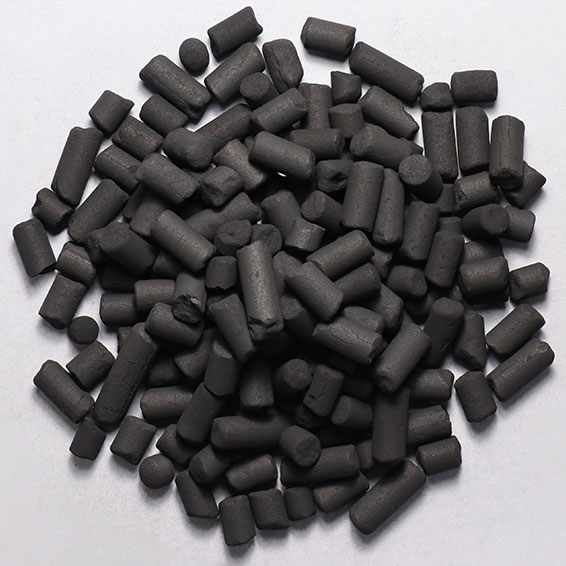 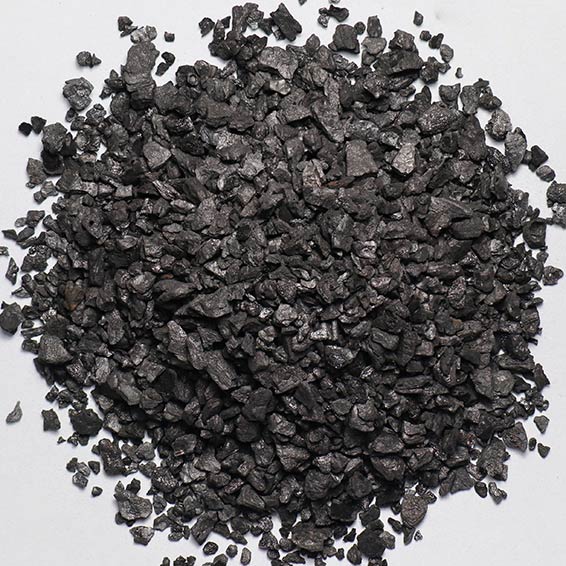